The value of clinical documentation 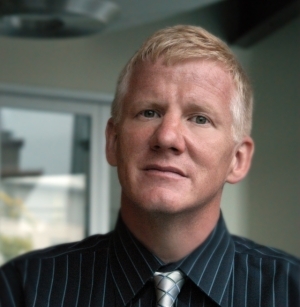 Clinical documentation, while continuing to be the lifeblood of medicine remains a burden to capture, and oftentimes is associated with physician dissatisfaction and escalating costs.

Overcoming these barriers and bringing the documentation process into the 21st century is a key element in any facility’s strategy to deliver high quality patient care at lower costs. As part of this, there is a widely accepted premise that a core component to improving health care quality requires the implementation of an electronic medical record, a system that also happens to be the prime force behind clinical documentation change and improvement.

Today, the adoption rate of EMRs remains disappointingly low with only 7 – 13 percent of providers using a system today; this is based on the HIMSS Analytics database and its analysis of EMR adoption. As part of this analysis, it was determined that physician resistance to EMRs ranks as one of the top three reasons for perceived barriers to adoption.

To further emphasize this point, findings from a recent survey (http://www.nuance.com/healthcare/ehr-meaningful-use-study/) conducted by Nuance, which explored the physician perception of adopting EMRs found that there is a clear sense of increased burden of documentation required to interact with an EMR. The results of the survey also confirmed that physician resistance is linked to challenges associated with utilizing the keyboard and mouse for EMR data input. Another leading obstacle for clinicians is their fear that through using the EMR, they won’t easily be able to capture the patient’s unique story – due to an increased need to type details versus being able to dictate them.

The truth remains, that the most efficient means to capture clinical information is via traditional dictation. While traditional dictation, when supported by a medical transcriptionist who listens to what a clinician dictates and types the medical record may support the clinician in a workflow in which they feel comfortable, it is a costly process. Additionally, the information generated as part of this traditional workflow is in a format that is unreadable by an EMR system. Information that is captured in an EMR must contain discrete data that is semantically interoperable with EMRs versus long clinician narratives.

Today, there is efficient and cost-effective ways to support the clinical documentation process. Because many clinicians struggle with documenting via the keyboard, however, let them dictate! But do so in a better way than traditional workflow, speech-enable it.
1(current)
2
3
4