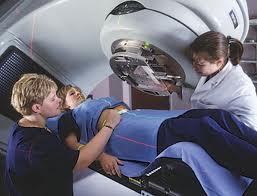 In a small study presented at the San Antonio Breast Cancer Symposium on Saturday, Mayo Clinic scientists said combining the two modalities could help reduce the number of lymph nodes exposed to radiation by almost half.

Lymphedema, a painful swelling of the lymphatic tissue, can happen when the lymph nodes become victims of collateral damage when breast tumors are zapped with radiation or breast tissue is removed during surgery. The researchers, led by Dr. Andrea L. Cheville, a professor of medicine with Mayo in Rochester, Minn., estimate that up to 70 percent of breast cancer survivors suffer from this condition.

According to their presentation, the researchers developed a treatment plan using SPECT and CT imaging which identified relevant, healthy lymph nodes, which drain the arm after surgery, in 22 patients. After detecting them with the scans, the researchers could then shield the lymph nodes from radiation damage.

Of the 53 draining lymph nodes identified, more than half (54 percent) would have been irradiated in standard treatment planning but spared if spotted and protected after SPECT-CT scans, the doctors said.