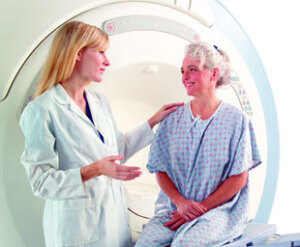 Women may undergo unnecessary breast surgery as a result of having a breast MRI, due to the technology's extremely sensitive detection ability, according to an editorial published Friday in the British Medical Journal.

Over the past decade, MRI or magnetic resonance mammography (MRM) has become a popular tool for high-risk patients when combined with mammography and ultrasound, Malcolm Kell of the Eccles breast screening unit at University College Dublin wrote in his editorial.

But being able to detect even the tiniest, harmless recurrence or extension of tumors isn't necessarily a good thing, argued Kell.

"The use of this technology in early stage breast cancer may do more harm than good," he wrote. "There is no compelling evidence that this technique should be routinely used in newly diagnosed breast cancer."

In his argument, Kell cites a study of women with breast cancer who were being considered for treatment without surgery, which showed a 6 percent increase for mastectomies in women who had an MRI compared to women who did not. He argues the higher rate of surgery could be because MRM is so advanced it picks up things that conventional imaging would not.

"Magnetic resonance mammography identifies occult disease in the breast that may not be visible on other imaging modalities, and this may lead to inappropriate treatment decisions," Kell argued.

What Kell does suggest is that the best way to manage early stage breast cancer and reduce the need for unnecessary, invasive surgery is through annual monitoring and drug treatment and radiotherapy as needed.