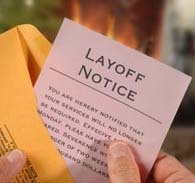 The year isn't over yet, but hospitals are expected to lay off more workers in 2010 than they did last year, according to the Bureau of Labor Statistics. As of August, hospitals have executed 102 mass layoffs this year, and the BLS predicts 153 by year's end. This prediction is just one more than the 2009 peak of 152 mass layoffs, according to BLS.

In August, hospitals implemented 12 mass layoffs, affecting more than 1,000 employees. As of August, more than 8,000 hospital employees lost their jobs as a result of mass layoffs, and the total is expected to hit 12,349 by the close of the year.

Just in the past couple of months, hospitals have been cutting jobs left and right. According to a list from Becker's Hospital Review, Dartmouth-Hitchcock Medical Center announced it will cut 300 jobs over the next year to address its $50 million budget gap. But the hospital thinks it will be able to avoid layoffs by not filling job vacancies and due to the natural loss of 500 personnel each year.

In August, El Camino Hospital announced it would lay off 140 jobs, due to an increase in nonpaying patients. But in September, representatives from the hospital's union said the hospital wouldn't need to lay off workers because it reported a $36 million profit for the fiscal year ending in June.

September data will be issued Oct. 22, but more layoffs are expected this year.