As a first-line diagnostic tool used in everything from cancer and cardiovascular disease to bone fractures, CT remains one the most cost-effective, and consequently ubiquitous, imaging modalities. However, it is not without its disadvantages, including significantly higher dose than conventional X-ray imaging, and poor differentiation of soft tissue structures. The soft tissue imaging limitation means that for a definitive diagnosis, patients often need to be referred for more expensive imaging, such as MR or PET scans, which are typically only available in main hospitals and specialist clinics.

Supported by a 7 million EUR grant from the European Union's Horizon 2020 research and innovation program, my group at the University Claude Bernard in Lyon, France, is leading a consortium of academics, global corporations, SMEs and start-ups to develop a new technology called Spectral Photon-Counting CT (SPCCT) that will allow X-ray CT to compete with more expensive imaging modalities in terms of spatial resolution and tissue differentiation. Our aim is to bring advanced diagnostic imaging to many more diseases and people in community hospitals and private clinics at significantly lower cost.

From black-and-white to color
SPCCT imaging relies on the development of a new X-ray detector developed by Philips that is not only capable of detecting individual X-rays (photon counting information), but also capable of detecting and quantifying individual X-ray photon energies (spectral information). Photon counting has the ability to reduce the patient’s radiation dose by 30%, thereby allowing safer examinations, while at the same time achieving a spatial resolution of around 200 microns, three times better than standard CT. However, the spectral capability is what makes it truly revolutionary, because in conjunction with targeted contrast media it opens up the possibility of using SPCCT for functional (molecular) imaging. In effect we will be going from today’s black-and-white CT images to color images, in which different colors represent the X-ray absorption density of specific atomic elements - so called K-edge spectroscopy imaging.

Capturing quantitative data
At the moment we are running a clinical trial of SPCCT in patients with carotid artery stenosis to assess the additional value of increased spatial and spectral resolution in evaluating the lumen of the carotid artery and better characterizing the atherosclerotic plaque. In September we started a second clinical trial on coronary artery imaging, using the technology both as a diagnostic tool and as a means of evaluating the effectiveness of angioplasty.


In the study, we are performing follow-up SPCCT scans of patients who have a stent implanted in the coronary artery to check if there is re-stenosis in the stent. We also plan to use the technology to look at lung disease, where we expect to be able, at a lower dose, to characterize much smaller lesions much more precisely than we can with conventional CT.

SPCCT of the lungs, for example, could be used to triage COVID-19 patients, because you may be able to detect the disease very early on. COVID-19 patients not only have lung disease but also vascular disease within the lung and you will be able to assess that vascular disease more easily. It could be macrovascular disease, such as occlusion of a large arterial branch such as a pulmonary artery, but SPCCT’s combined spatial and spectral resolution should also make it possible to check the perfusion of the lungs at the microvascular level. Sometimes COVID-19 patients develop hyperemia within the “ground glass opacities” because of inflammation, and we will be able to diagnose that with that spectral part of SPCCT using iodine perfusion mapping.

Contrast media for molecular imaging
For molecular imaging, we have already demonstrated proof-of-concept in animal models using a new type of contrast agent based on gadolinium or gold. For example, we have shown that we can use SPCCT with this type of contrast agent to target atherosclerotic parts of the aorta in vivo. We are also investigating the efficacy of gold nanoparticles as a contrast media. A big part of the project is therefore developing new contrast agents to take advantage of SPCCT’s K-edge imaging. We are also investigating the ability of artificial intelligence to improve image quality, reduce contrast agent dose, and provide quantitative information about lesions and molecular functions. 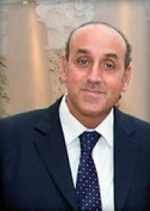 Philippe Douek
Science, technology and medical research often take their own pathway, but occasionally they combine at a single point to produce something revolutionary. I believe that the development of spectral photon-counting CT, linking technology development by industry with the expertise of radiologists, clinical applied biologists, physicists, chemists and healthcare economists is one of those moments. From the moment in 2010 when I visited the Philips Research labs in Hamburg to capture the very first SPCCT images, the project has come a remarkably long way in a relatively short time. By building a dedicated consortium to develop the concept, we expect that affordable, easily deployable, effective SPCCT could be delivering faster and better diagnoses to large populations within the next few years.

About the author: Philippe C. Douek is a professor of cardiovascular radiology and former chairman of a consortium of 10 departments of radiology and nuclear medicine in Lyon, France.