With better than 95 percent of all facilities in the U.S. having PACS, navigating the vendor pitches can be a challenge. The PACS market today almost exclusively deals with either a hardware and software upgrade of an existing vendor or an outright replacement or consolidation, where multiple PACS from different vendors are bundled into a single solution. These can be from either one of the incumbent PACS or an outside vendor. This excludes the inclusion of third party applications like AI (artificial intelligence), digital tomography, 3D reconstruction, and other areas.

Features and value propositions that make certain solutions a better fit than others are often determined by whose system the group is used to reading from and what other PACS they are familiar with. With the possible integration of artificial intelligence (AI) aside, most PACS simply try and emulate features that are found on other PACS that have been very well accepted. This makes the decision of a replacement PACS even more challenging. When you put several PACS side-by-side one system seems to morph into another. One vendor may provide a few extra features but often end users forget to ask how important these are in the day-to-day readying process and how they impact workflow. Three-dimensional (3D) reconstruction is used by many but how this is implemented impacts the individuals doing the reconstruction. Does the radiologist want to do the 3D themselves or have it sent over to them already processed? If they do it themselves they need to understand that it may slow down their reading process, costing them time and money. If the tech has to do the reconstruction it may lead to fewer studies being done over the course of a day and negatively impact both tech productivity and hospital profitability. The same can be said with just about any software application used. It’s all about finding the right balance.

A radiologist using a PACS needs to be like a carpenter. The tools you use most frequently should be on your tool belt and available within reach at all times. Others need to be available in the truck and easily accessible. The last group, the ones used sporadically if at all, should be back at the shop where they can be selected as/when needed.

A PACS end-of-life is typically six to seven years after it is first put in service, although many systems are used longer. This is up from years past where five years was the norm when a PACS would be replaced. PACS need to last longer and provide more years of service because there often isn’t money in the budget to replace an existing PACS. Sometimes a simple upgrade to the existing system will buy an extra year or two before a PACS can be fit into the budget. Additionally buying a new PACS isn’t like buying a new car. Data and databases need to be migrated, networks may need to be upgraded, hardware and software may need to be replaced, and other areas need to be considered. This impacts not just the baseline PACS but also ancillary and third party applications that may be running concurrently on the workstation. We are seeing this now as Windows 7 hits its end-of-life (EOL) early next year, and the migration to Windows 10 requires upgrades for many of the other applications running on the workstations. Some of these simply require software updates and upgrades that may be done for free, while others have unanticipated costs attached to upgrading them. Using the car analogy, it’s like budgeting $X for the car then finding out you need different tires and suspension and an options package that has options you probably will never use but it’s the only way you can get the one application you had before and both liked and used extensively. Welcome to the world of PACS. Upgrades are the same way. For every one new feature you get, the chance that you will lose a feature you enjoyed is actually quite good. That is why few sites implement every software upgrade when it becomes available. Not only is the software often not completely stable despite all the testing it goes through before it is released, but you tend to lose things you really liked.

So what do you look for in a new PACS? it’s sorta like Goldilocks and the Three Bears. The one you really like best is nice but you can't afford it so it gets disqualified. Sadly none of the people selling it are creative enough to know how to overcome a price objection which is about the easiest objection to overcome if they are creative. This second PACS really doesn't meet all your needs other than being cheap enough, so you hesitate to buy it. Anyone who has bought on price alone knows that oats that have been through the horse once are a bit cheaper… And then you find your dream PACS — the one that is juuuust right. You are ecstatic until you finally get around to signing the contract and the company you chose has been sold to one of the big six vendors and put into limbo indefinitely until they can figure out just what to do with it.

So how do you start? Forget the PACS. Now I know you want to drug test me to see what I’m on but the PACS is the least important part of the system. I see the vendors stoking the very same fires that once took care of Joan of Arc, Basil the Physician and hundreds of others for heresy, but hear me out. The most painful part of the transition from the existing PACS to the new PACS isn’t the implementation of a new system but the migration of the data from the existing proprietary archive that most have to a vendor-neutral archive (VNA). The cost of this VNA and the migration can easily equal at least half of the total cost of the new PACS, and sometimes doubles the projected cost. Because of this you really want to only do this once. It is painful? Beyond painful, very costly and typically abysmally slow as well. But once you have done it and have all your data in a VNA; in theory, all you need to do on your next PACS replacement is to disconnect the VNA from your current system and reconnect it to the new system. Now I say that it’s “in theory” because it’s never quite as simple as that but it’s nowhere close to the agony (and cost) you go through migrating from the existing vendor-based archive to a vendor neutral archive. In the end the ecstasy of having data that can go anywhere and that you can do anything is definitely worth it.

Now what about the PACS? There are differences between all the vendors that go well beyond price. That said, nearly every vendor out there has a hammer, 2 screwdrivers (regular and Phillips-head), a pair of pliers, both electrical and duct tape, and other basics on their workstation. Most also have advanced software packages available like orthopedic templating, mammography packages, 3D reconstruction, artificial intelligence, and more. These add-on applications are the things you should look at closely after you evaluate the basic system operation, how easy it is to use, and how it addresses your existing workflow. You also need to look at things like a company’s service and support reputation, which is crucial. When the system is up and fully operational things are great. When it is down you will wish you were on vacation on a cruise ship with no communications at all. How quickly a company can diagnose and rectify a problem WITHOUT POINTING FINGERS is one of the delineators that you need to look at closely.

I read a great article the other day about how the 2018 Winter Olympics in South Korea were victims of a cyberattack that was launched as soon as the games went live. The IT team running the show behind the scenes worked together to FIRST get everything up and running, and THEN tried to figure out what happened after. That is what vendors need to do with your PACS as well. Get it fixed then figure it all out later. Act like the whole world is watching because while the entire world isn’t watching, your whole world is. And the circumstances can be as bad, if not worse, than the South Korean IT team would have faced had the Olympics been shut down.

A loss in confidence in a PACS is a loss of confidence in radiology and the hospital’s IT department, so you need to go all-out to make sure PACS stays up. This doesn’t mean that you run out and buy the first PACS that offers you the mythical 5-9’s of uptime because no one can, has, or ever will hit anywhere close to that ideal number. It will also be fraught with exclusions that never let it come close to meeting that number anyway. Instead buy the one you feel most comfortable with. 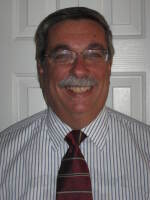 Mike Cannavo
My mantra in life is the same with PACS — think with your head, not your heart because as much as you might like a PACS for what it offers, what you don’t know might truly break your heart.

About the author: Michael J. Cannavo has 30 years of experience in the evaluation, design and implementation of PACS and associated clinical systems, including RIS.