by Sean Ruck, Contributing Editor
There’s no question that technology has made life easier, improved workflow, saved lives and cut stress. Yet, many will agree that technology has also managed to make life more challenging, bogged down efficiency, cost lives and increased stress. Those two statements aren’t an either/or choice. They exist side-by-side in the modern world. According to Dana Bensinger, an informatics nurse specialist and client solutions executive with CTG, the same could be said for electronic health records — but it doesn’t need to be that way.

Bensinger believes a main reason these problems keep occurring is because optimization was always something on the to-do list that only received a more thorough look once a system was already in use and the rumbles of discontent grew louder. “A lot of that is like changing the tire on the car after we're going down the road. There’s never time when you can stop and say it’s time to optimize. You’ve got to constantly optimize and it’s challenging for operational leaders to keep up,” he says.

For the moment, as we’re in the shift from fee-for-service to value-based care world, the changes tend to be additive to the providers regarding needed documentation rather than decremental. “When we look at optimization now, we look at not just what do we need to add, but what we can take away. What can we take away that nobody cares about, that’s not being used?”

Bensinger says that in the next phase, as we move into a value-based model, keep the “value” in mind. Healthcare needs to collect the data that is valuable for improving overall health outcomes. If it’s not of value now, will it be of value later?

He explains how we got to where we are today. “When we started out the transition from paper-based records to electronic records we essentially did just that: made the electronic version do what we did with the paper version. Our goal in the early days often was just to eliminate the paper, and that got us a jump-start into the electronic world, but we never went back to look at who was collecting the data or should it be collected? There were times we’d find two or more people collecting the same data, so we’d clean that up, but we’re still a little bit in the mode today of trying to get an EHR to look like a paper record. Really, our value is to look at the data we’re collecting and how we are or are not using it. That’s where we get to the role of interoperability.”

For increased optimization, Bensinger says data from various sources need to be incorporated into the EHR; for example, providers need to know if a diabetic patient has been to their ophthalmologist for their annual exam. Today, the provider would need to ask the patient when their last exam was. But if both the ophthalmologist and primary care provider had interoperable electronic records, both providers would be up-to-date on the patient's care and care plan. 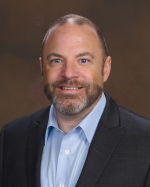 Dana Bensinger
Other information that might not be part of the traditional healthcare record could also be invaluable for providers. He cites food banks as an example. If the patient indicated that they did not have enough money for food, and the provider referred them to a food bank, did the patient go to the food bank? A referral was given, did they go? “Just having the information that yes, they did go, is probably all the information we need, but it’s important.”

Bensinger has seen increased work done by EHR vendors on the patient-facing side of the technology, with increased input from wearables and improved accessibility for patients. “Certain patient populations are really in tune with that. If you look at parents of chronically ill children, they might have a lot of follow-up and a lot of testing,” he says. “Portals are really important to them, because that’s where all their child’s data is and where they can communicate with their providers.”

In fact, there are many tools on the patient front right now — from Bluetooth-enabled inhalers that can alert providers about more than usual usage so that they can reach out for a health check, to connected blood-glucose monitoring, and more. Bensinger recommends a hospital really take a close look at all the different options carefully to make sure they are using all the technology available to improve the overall outcomes of their patients.